How to cope with the menopause

It’s BBC menopause week – each day, BBC Breakfast has been looking at different issues affecting women going through it.

Half the world’s population are going to go through the menopause.

The symptoms vary from individual to individual, can range from mild to severe and also can last a few months or several years. 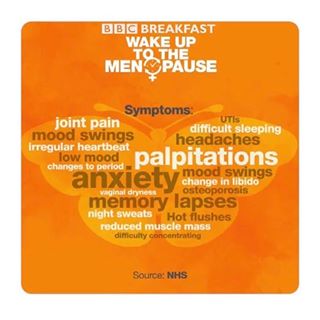 Women seeking acupuncture for relief of symptoms associated with the menopause may suffer from a variety of symptoms that may present in a configuration that is unique to them. One of the strengths of acupuncture is in the tailoring of treatment to that unique individual.

What are the standard medical options?

Anyone suffering from Menopause symptoms should always see their GP first.  Typically HRT will be offered and the GP will explain all the pro’s and cons of this treatment.

HRT can help with hot flushes, night sweats, mood swings, sleeplessness, a lack of confidence and anxiety, but there are risks says Dr Daisy May, who’s worked in the field for 25 years.

“Undoubtedly there is a small increased risk in breast cancer, but when we look at the figures the numbers would suggest that if you had 1000 women taking HRT between the ages of 50-59 for five years, you’d have an extra three cases of breast cancer.”

“We need to put it in perspective,” adds Dawn. “It’s a very small risk and it’s actually similar to the sort of risk of breast cancer associated with drinking two or three units of alcohol a day.”

There are long term health benefits as well, for example the effect on bones.

“It helps to maintain calcium in the skeleton and reduces the risk of osteoporotic fractures by 50%,” says Daisy.

“Menopausal symptoms usually last three to five years and we would advise that, instead of stopping HRT suddenly, you phase it out slowly and that seems to have some effect of reducing the symptoms coming back.” (source:  BBC)

What about alternative therapies?

Cognitive Behavioural Therapy (CBT) look at the relationships between physical symptoms and thoughts, feelings and behaviours and has been shown to have a positive effect with managing menopause symptoms.

Women seeking acupuncture for relief of symptoms associated with the menopause may suffer from a variety of symptoms that may present in a configuration that is unique to them. One of the strengths of acupuncture is in the tailoring of treatment to that unique individual.

For some women, the menopause and the years leading up to it, can be a time of troubling emotional and physical symptoms.  Hormone replacement therapy (HRT) eases symptoms like hot flushes and sweats, but it’s not suitable for all women.

A study published in BMJ Open suggests acupuncture may be worth considering.  The Danish study found that five weeks of acupuncture in women with menopausal symptoms reduced hot flushes, night sweats, sleep disturbances and emotional problems.  Most likely because acupuncture works on balancing out the hormone system (through the HPA axis) and the calming down the sympathetic nervous system (which is responsible for the release of fight or flight hormones).

I have been helping a lot of patients in clinic to reduce the symptoms of menopause, particularily with hot flushes and anxiety but always with a number of other associated problems.  Each case is individual and this is where Chinese Medicine shines – we look at the presentation of each individual person and tailor treatment based on a case by case basis. 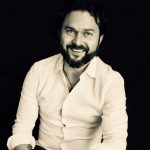 Ben Hymas graduated from London Southbank University with a degree in Traditional Chinese Medicine. He treats a wide range of health problems, but predominantly specialises in womens health. He understands the complexity of menopause, fertility and menstrual problems and has successfully helped many couples with both natural conception and also using acupuncture to increase success with assisted fertility treatment. Extended opening hours by appointment are available to enable you to prioritise your health needs without taking time out of your work day. Acupuncture is a safe, effective and pain free option to help you feel your very best.